According to a motorcyclist in Kwara State, they were allegedly given N3,000 in exchange for attending the All Progressives Congress presidential campaign on Tuesday in Ilorin.

The unidentified man said in a video that all commercial drivers, including tricyclists, motorcycle riders, and taxi drivers, had been ordered by their respective organisations to attend the demonstration.

“From what I heard, any person that goes there will be given N3,000. And this is for the members, I don’t know of the executives.

So, if they give us (the members) N3,000, definitely the money (released by Tinubu) is urging,” the man said in the video seen by SaharaReporters. 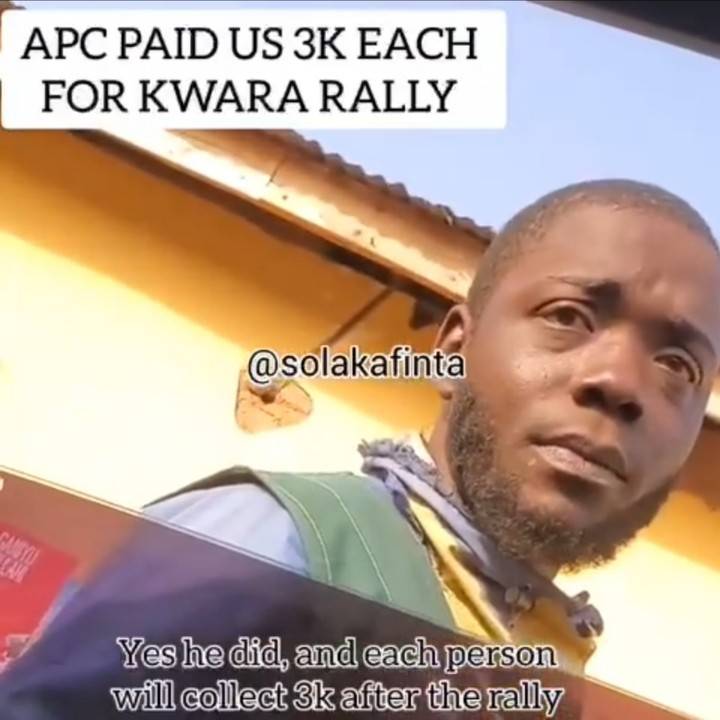 Tinubu and his entourage were greeted by a crowd of supporters that thronged Metropolitan Square, in Ilorin, Kwara State Capital on Tuesday.

The APC presidential candidate, who described the broom, the insignia of the APC, as a symbol of freedom, said the “freedom” achieved four years ago will become more meaningful if APC candidates are re-elected

Tinubu had also promised to implement his 16-point plan if elected as Nigeria’s next president.