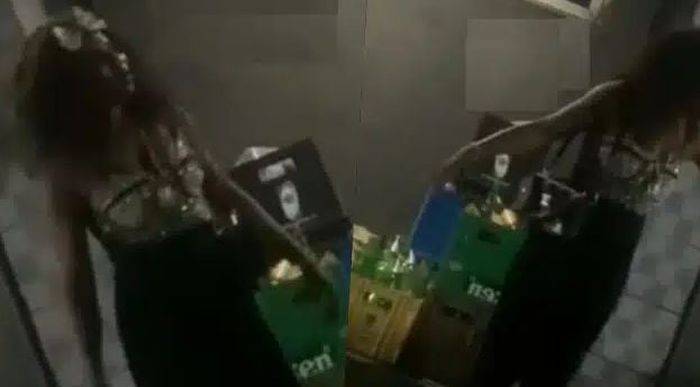 A video has captured the dramatic moment a lady found out that her boyfriend of two years lodged with another woman in a hotel after they had a misunderstanding.

The lady who reportedly lodged with her boyfriend earlier but left after a disagreement with him returned to find her man with another lady.

The boyfriend who refused to open the door had camped another woman in his room while his girlfriend struggled to get his attention.

The girlfriend rained curses on him while insisting on not giving up on their relationship due to the time invested.