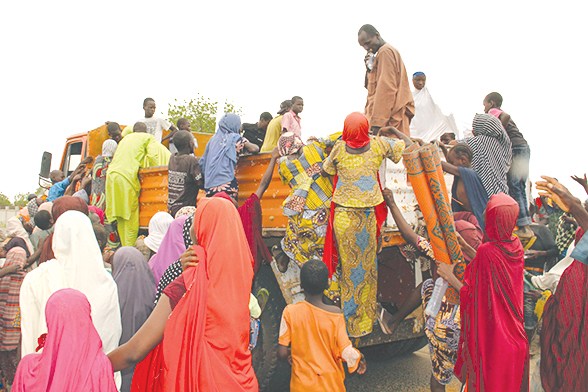 Where will our help come from? — IDPs cry out to Buhari

Armed herdsmen are occupying our communities We’re hungry but can’t access our farms We’ll rather die in our homes than beg in the camps IDPs going back home shot dead Govt is turning a blind eye to our plight Pleads with FG to rebuild destroyed homes What manner of country do we have? A country that is not engaged in any conventional war but watches helplessly as thousands of its citizens are turned into refugees. Nigeria is not fighting any external enemy, but the residents have become refugees in their own country. Several thousands of Nigerians have been chased out of their ancestral homes and forced to live in camps where life is brutish. And who drove them out of their homes? They were not soldiers from other countries fighting Nigeria but armed herdsmen who in the process of grazing destroy farms, steal, maim and kill. The conquering army of herdsmen have not only taken over the homes and farms of these hapless residents but have, in some cases, renamed their communities. Some of the residents who strayed back to their communities believing the aggressors had left were killed for their audacity.
Benue today is home to over 483,692 Internally Displaced Persons, IDPs. It’s a bizarre tale that all started on New Year’s Day of 2018 when Logo and Guma local government areas of the state came under severe coordinated attacks by armed militant herdsmen. The invaders had before then, through their leadership, threatened to resist the Benue State Open Grazing and Ranches Establishment Law of 2017 which was signed into law by Governor Samuel Ortom in May of that year, though its implementation and enforcement took effect from November of the same year. The invaders also allegedly employed herders from within and outside the country to besiege the state in protest of the new law. So, when the massacre of innocent farmers and sacking of Benue communities started in earnest on New Year’s Day it didn’t take the people of the state time to realize that a brutal war had been declared on the state by the invading armed militant herdsmen. That bloody invasions, like wild fire spread to 18 out of the 23 local government areas of the state leaving on its trail the death of hundreds of innocent farmers and local dwellers and the complete sacking and razing of several communities in the state.These unfortunate residents are tagged Internally Displaced Persons, IDPs. Hundreds of IDP camps, scattered across some states in the north have been set up for them where life is nothing but hard. The refugees in camps located in Borno and Adamawa states abandoned their homes because of the rampaging Boko Haram insurgents. But in Plateau, Benue, Kaduna, Taraba where IDP camps have also been set up, the displaced persons fled from the invading armies of herdsmen. Conditions in those camps are deplorable. Many have lost hope. Some prayed for death that refused to come. They have nowhere to go. They felt abandoned. They look up to government to help them go back to their ancestral homes but the government is looking elsewhere. They are asking where will their help come from. The displaced persons are therefore crying to President Muhammadu Buhari for help. They want to go back home. They are saying they are hungry, but they can not access their farms for fear of being killed by the herdsmen who chased them out of their ancestral homes and have occupied their communities. They are crying to the president to fulfill the pledge made by his administration to rebuild their communities. Will the president hear their cries? BENUE: Over 483,692 Benue indigenes still trapped in 28 IDPs’ camps
As Benue communities including parts of Makurdi, the state capital, became theaters of war, tears and blood flowed freely while hundreds of thousands of the helpless people fled their ancestral homes most of which were up in flames. 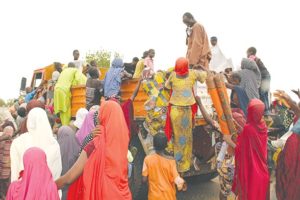