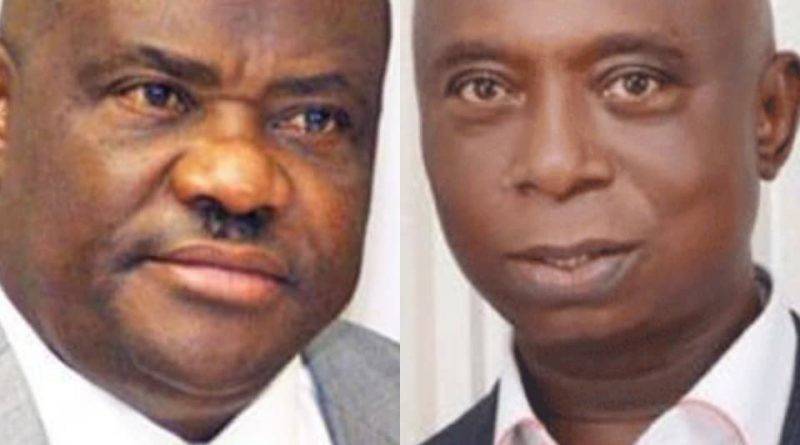 Wike Will Be Jailed For His Atrocities – Ned Nwoko

The verbal conflict between Senator Ned Nwoko and Governor of Rivers State, Nyesom Wike has grown in magnitude.

Wike Will Be Jailed For His Atrocities – Ned Nwoko

In a video, Wike had targeted Nwoko in relation to the $418 Paris Club refunds.

But in response, Nwoko vowed that Wike would soon be imprisoned for his alleged corrupt activities in a statement released by his Media Directorate and personally signed by him.

Read the press statement from Ned Nwoko Media Directorate below:

“The attention of Ned Nwoko Media Directorate has been drawn to a cowardly video where the Rivers state governor, Nyesome Wike purportedly made wild insinuations against Hon. Prince Ned Nwoko.

“Characteristic of the garrulous governor, he carelessly dabbled again into the issue of the $418 Paris Club refunds, a legitimate entitlement of Prince Ned Nwoko, whose patriotic ingenuity, as a time- honoured lawyer, secured billions of dollars in favour of local and state governments including Wike’s administration as a beneficiary.

exploits? In matters of another man’s wives, why is the voice of the controversial loose cannon particularly shrill? Wike must summon courage to address these posers if he is truly man enough”

“Let Wike delude himself in bogus gubernatorial robe. By six months time, he would descend into a commoner, stripped of all immunity, bare from boastful manners and haughty airs. Prince Ned Nwoko, a civil fellow who has never been on the street with Wike would then compel him to answer questions about his litany of lies and corrupt misdeeds. He is poised, resolutely waiting to bring the Rivers state governor to justice very soon”

“Since Wike lost the PDP presidential ticket and failed nomination for Vice presidential slot because of his brash and unreliable temperament ,he has been weeping, nagging on Television and every fora. Rather than lick his self -inflicted wounds remorsefully, he chose an inglorious path of blame game and transfered aggression. How pitiable for a fake emperor tumbling like the old nursery rhyme clown Humpty Dumpty”

“We hereby wish to emphasize for the avoidance of doubt that no external influence whether overtly or covertly moved Prince Ned Nwoko to challenge Wike’s excesses as the Star Prince of Anioma is a man of his own clout, unaffected and independent by nature.

“He is driven by the conviction as a pioneer and strong stakeholder in PDP, that an unhinged Wike, a latter day political noise maker and opportunist has become a power -drunk bull in a China shop who must be decisively handled,before he plots more divisive embarrassment”

“Remarkably, Prince Ned Nwoko with his matchless exposure has all it takes to humble the Port- Harcourt talkative.”