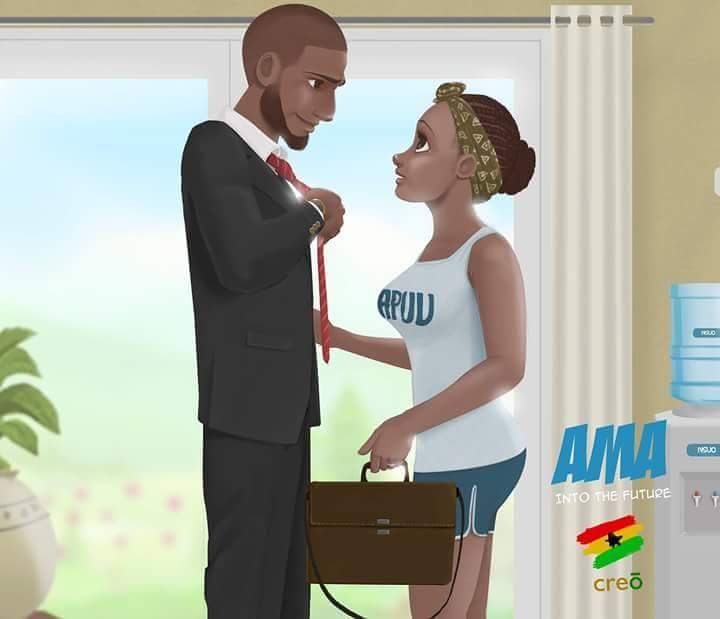 WILL YOU ACCEPT? Wife Begs Husband To Accept Baby After She Was Impregnated By Pastor 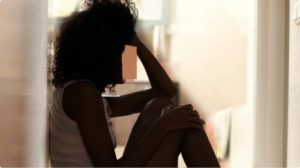 The story of a family and an unborn child has been shared on social media.

The pregnant woman is said to be in serious trouble concerning the father of her unborn child and who would raise him.

According to reports, the unidentified married woman was allegedly impregnated by her pastor. It was gathered that she got caught because her husband had not slept with her in five months before the pregnancy.

Read what she tweeted below:- 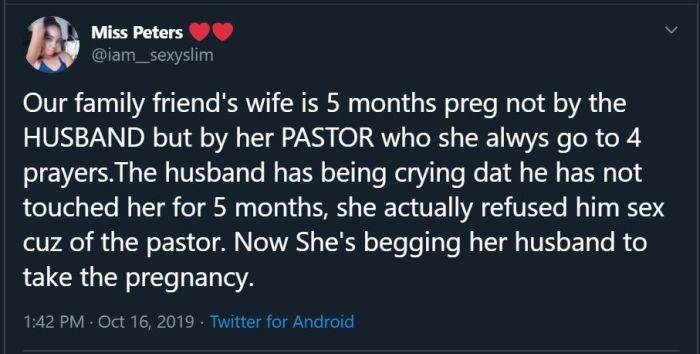