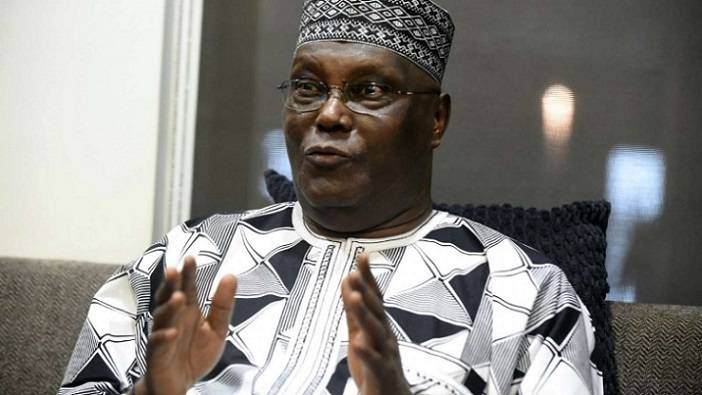 Your Lack Of Integrity Has Forced Buhari To Stay Away From You, Atiku Tells Tinubu

The PDP presidential candidate, Atiku, released a statement tagged “Your Lack of Integrity Has Forced Buhari to Stay Away from Your Campaign, Atiku/Okowa Mocks Tinubu”.

Your Lack Of Integrity Has Forced Buhari To Stay Away From You, Atiku Tells Tinubu

Your Lack of Integrity Has Forced Buhari to Stay Away from Your Campaign, Atiku/Okowa Mocks Tinubu

The Atiku/Okowa Presidential Campaign Organization mocks the Presidential candidate of the All Progressives Congress (APC) Asiwaju Bola Ahmed Tinubu, for venturing to speak on issue of integrity, saying his total lack of integrity has forced President Muhammodu Buhari to stay away from his (Tinubu’s) presidential campaign.

Is it not an absurdity that a presidential candidate that is beleaguered by several allegations bordering on corruption, perjury, identity theft, inconsistencies in name as well as alleged narcotics offence, for which he forfeited a gargantuan sum of $460,000 to the United States of America, could muster the courage to address any gathering whatsoever on the issue of integrity.

Has Asiwaju Tinubu defended the identity theft of the picture of former Governor of Cross River State, Donald Duke, which was deliberately used by his campaign organization to portray him as a bright youngman?

The Atiku/Okowa campaign says the continuous absence of President Buhari at the APC presidential campaigns showcases a concern by Mr President that Tinubu, because of his lack of integrity, will lose a free, fair and credible poll at the February 25 presidential election.

Our campaign also holds that President Buhari is distancing himself from the Tinubu’s campaign because of the inability of the APC presidential candidate to provide convincing explanation on his links to the alleged forfeiture of $460,000 to the United States authorities in a narcotics related matter.

We therefore counsel Tinubu to stop dishing empty promises to Nigerians since compatriots are yet to recover from similar events which he led in the past.

We urge Nigerians to continue to give their support to the leading presidential candidate, Atiku Abubakar, in the collective drive to rescue and rebuild our nation. 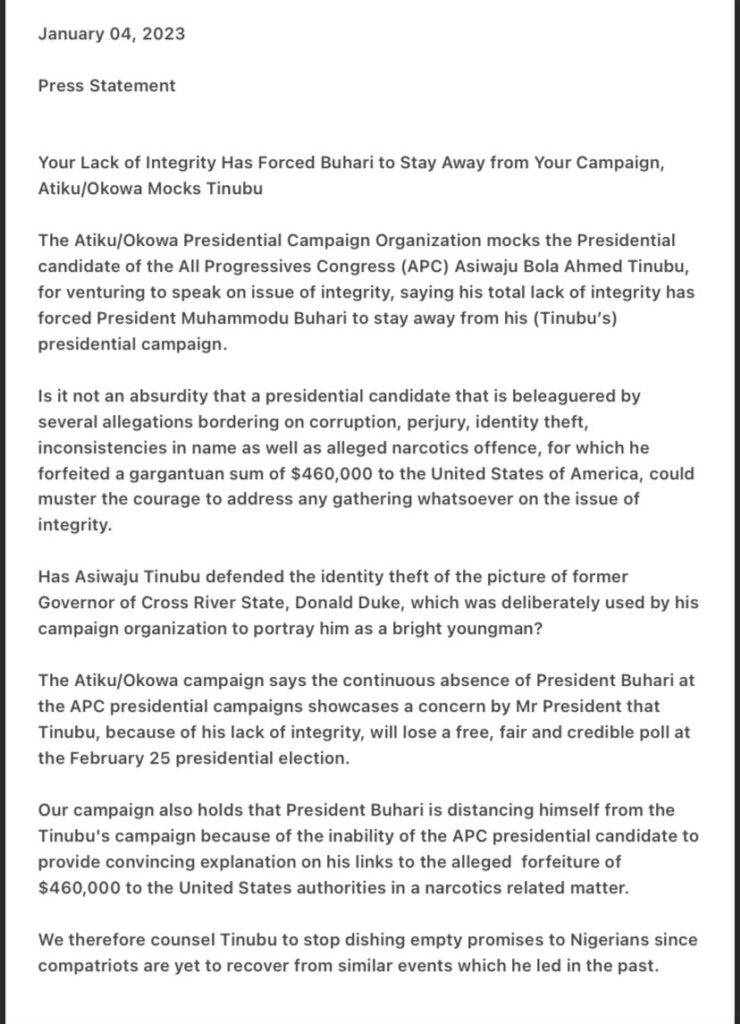