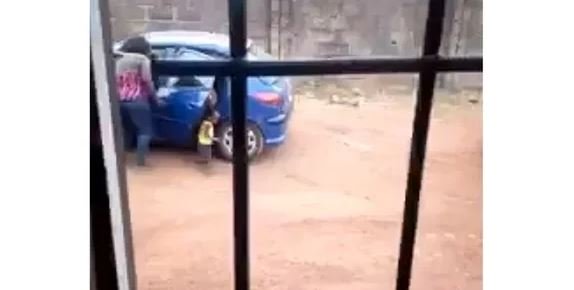 Outrage As Video Of Nigerian Lady Assaulting Her Underage Maid 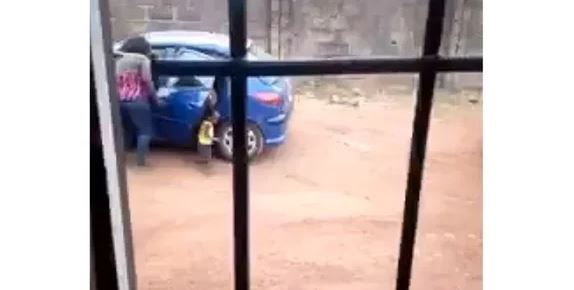 A video of a disturbing video of a Nigerian lady violently assaulting her underage house help on the road goes viral on social media.

In the video being circulated by Instablog9ja, the woman had parked her blue car in the middle of road and she began dragging the young girl to come down from it.

The lady eventually throws the girl to ground in a harsh manner after she gets a hold of her.

The little one manages to run away while holding her head and crying in pain.

The woman later continued to beat the child mercilessly in the car.

Neighbours could be heard warning and pleading with the woman, who in turn, takes off with the child in her car.

Do You Agree?? 80% Of Actresses Sleep With Married Men To Live Big In Nigeria: Uche Maduagwu Previous post
BREAKING!!! Congratulations To Naira Marley As He Becomes The First Nigerian Act To Achieve This (See Details) Next post