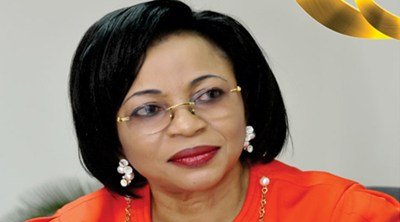 Richest Woman In The Africa Re-appointed As UNIOSUN Chancellor

Osun State’s Governor, Mr Adegboyega Oyetola has approved the reappointment of Dr. (Mrs) Folorunso Alakija as the University of Osun (UNIOSUN) Chancellor for another five years. 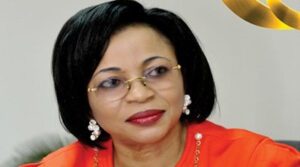 Osun State’s Governor, Mr Adegboyega Oyetola has approved the reappointment of Dr. (Mrs) Folorunso Alakija as the University of Osun (UNIOSUN) Chancellor for another five years.

The appointment, according to the Governor, is based on her track record as a lover of education, philanthropist of note and above all a resourceful education manager as demonstrated during her first tenure in office.

In a re-appointment letter personally signed by the Governor and made available to journalists in Osogbo on Monday, Oyetola stated that he is delighted to re-appoint Alakija as the Chancellor of the Institution for a second term of five years effective from March 9, 2021.

“In recognition of your outstanding performance and contribution to the development of Osun State University during your first tenure as the Chancellor of the University, and in the exercise of the power conferred upon me in paragraph 1 (2) of First Schedule to the Osun State University Law in 2006, I am delighted to re-appoint you as the Chancellor of the Institution for the second term of five years beginning from 9th of March 2021,” the Governor remarked.

Your track record as a lover of education, a philanthropist of note and above all a resourceful education manager as demonstrated during your first tenure in office has endeared you to all and sundry within and outside our state. I am, therefore, confident and assured of a greater future of unprecedented all-round development for our dear State University,” Governor Oyetola added.

The Vice-Chancellor, Professor Labode Popoola while commenting on the re-appointment of the University Chancellor stated that it is not just a blessing for the University alone but to the entire state and educational sector at large. “Apostle Dr Mrs Folorunso Alakija’s first tenure gave birth to a lot of physical and infrastructural developments in the University.

Mama as I fondly call her is a committed and dedicated administrator par excellence that any University will ever want, and I am happy that we at UNIOSUN are very lucky to have her. On behalf of the Governing Council of the University and the entire University community, I thank the Executive Governor of the state of Osun, Mr Adegboyega Oyetola for re-appointing Apostle Dr Mrs Folorunso Alakija for a second term of another five years and also wish Mama a successful tenure ahead,” Professor Popoola added.