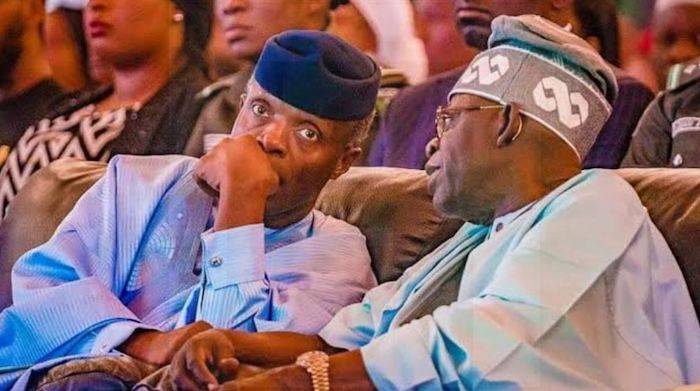 Bola Ahmed Tinubu, the 2023 presidential candidate of the All Progressives Congress (APC), has revealed details of his discussion with the Vice President of Nigeria, Prof. Yemi Osinbajo.

Tinubu, speaking via a short statement on his Twitter handle on Wednesday night, confirmed hosting the Vice President at his Abuja residence.

Revealing details of their discussion, Tinubu said they focused on important national issues.

Vice President of Nigeria, Yemi Osinbajo had on Wednesday visited the presidential candidate of the APC, Bola Tinubu and his running mate, Kashim Shettima.

Osinbajo since his defeat to Tinubu in the APC presidential primary has not been involved in the campaigns of the ruling party.

The presidency, however, stated that it was President Muhammadu Buhari that directed Osinbajo and the Secretary to the Government, Boss Mustapha be excused from campaign activities so they can focus on governance.

Meanwhile, there had been speculations that Tinubu and the Vice President had fallen out due to Osinbajo’s stand to contest against him in the presidential primary but the reports were debunked on different occasions by both parties.