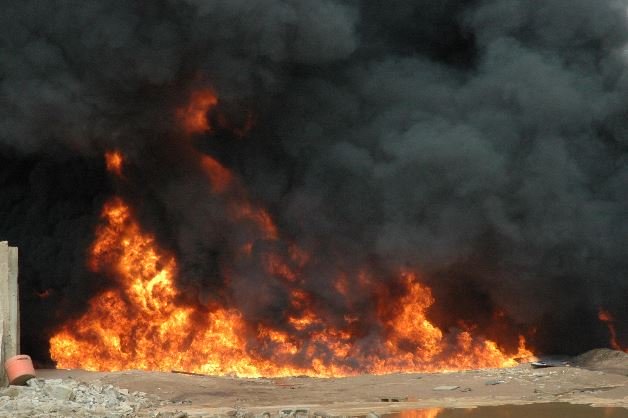 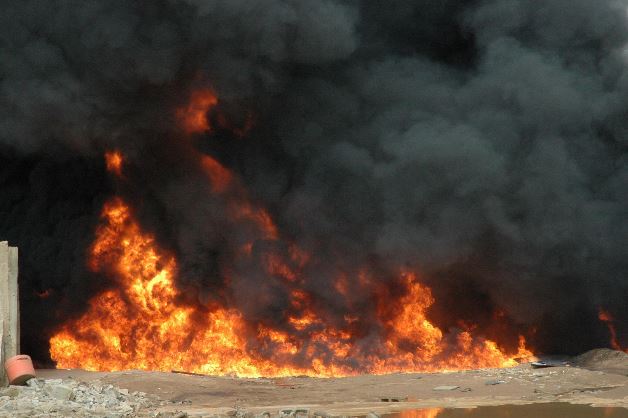 Five people were on Thursday evening burnt to death following a road accident that occurred in Owo Local Government Area of Ondo State.

It was gathered that the accident occurred after a head-on-collision between an 18 passenger Toyota bus with number plate MKD 341 XA and J5 bus with a registration number BDG 330 AP.

According to eyewitnesses, the accident happened at Oyoyo camp area of Ipele in Owo Local Government with the two vehicles going up in flames, which was attributed to wrong overtaking.

“The names and addresses of the two drivers are yet unknown 14 victims have been taken to Federal Medical Centre, Owo for treatment while about five victims have been burnt to ashes burnt vehicles have been removed from the highway to allow free flow traffic.”

May God Save Us all this Season!!

Lady Crushed To Death In Anambra Accident Between Truck & Keke (Graphic) Previous post
Chia! So i Left Calaber to Enugu to see my Date only for me to Meet This 12 Years Boy Next post