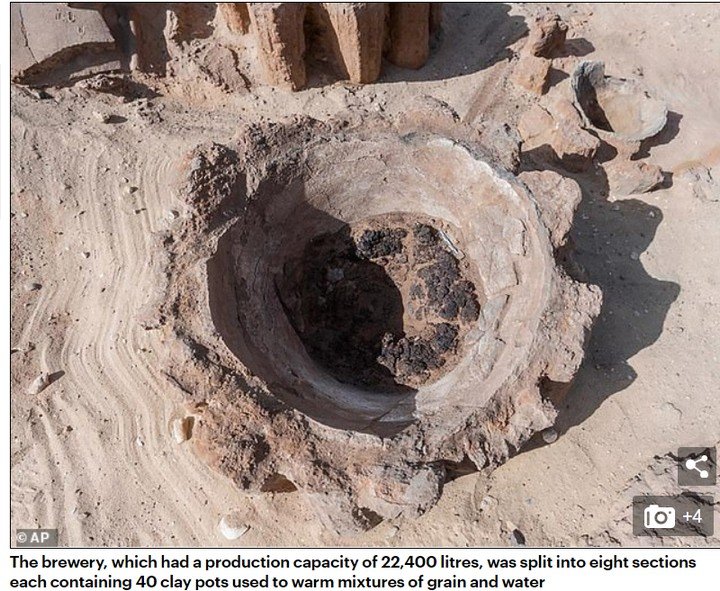 Archaeologists discover 5,000-year-old Brewery that could produce more than 4,000 gallons of beer in ancient Egyptian city of Abydos. 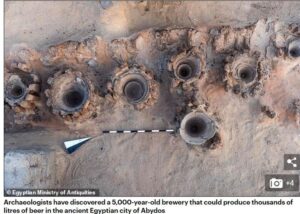 Archaeologists discover 5,000-year-old Brewery that could produce more than 4,000 gallons of beer in ancient Egyptian city of Abydos.

The site is thought to be the world’s oldest high-production brewery, dating back to around 3,1000 during the reign of King Narmer, Egypt’s tourism and antiquities ministry said. The brewery may have provided beer for royal burial rituals for Egypt’s first kings

It is the latest archaeological find in Egypt, which has seen a dramatic fall in tourism amid the coronavirus pandemic

Archaeologists have discovered a 5,000-year-old brewery that could produce thousands of litres of beer in the ancient Egyptian city of Abydos.

The site, in Egypt’s Sohag Governorate, likely dates back to around 3,100 BC, the tourism and antiquities ministry said in a statement on Saturday.

Dr Matthew Adams, one of the leaders of the Egyptian-American mission that made the discovery, said they believe the beer was used in royal burial rituals for Egypt’s earliest kings.

The brewery, which had a production capacity of 22,400 litres, was split into eight sections each containing 40 clay pots used to warm mixtures of grain and water.

It is ‘believed to be the oldest high-production brewery in the world’ the ministry said in its statement.

The brewery is thought to date back to the reign of King Narmer, who ruled more than 5,000 years ago, founded the First Dynasty and unified Upper and Lower Egypt.

British archaeologists first discovered the existence of the brewery at the beginning of the 20th century but had been unable to precisely determine its location, the statement posted to Facebook said.

The joint US-Egyptian team ‘was able to re-locate and uncover its contents’, it added.

The mixture of grains and water used for beer production was heated in the vats, with each basin ‘held in place by levers made of clay placed vertically in the form of rings’.

Adams, who heads the joint archaeological mission, said studies have shown that beer was produced at a large scale, with about 22,400 litres made ‘at a time’.

The brewery ‘may have been built in this place specifically to supply the royal rituals that were taking place inside the funeral facilities of the kings of Egypt’, the statement quoted him as saying.

‘Evidence for the use of beer in sacrificial rites was found during excavations in these facilities,’ the statement said. 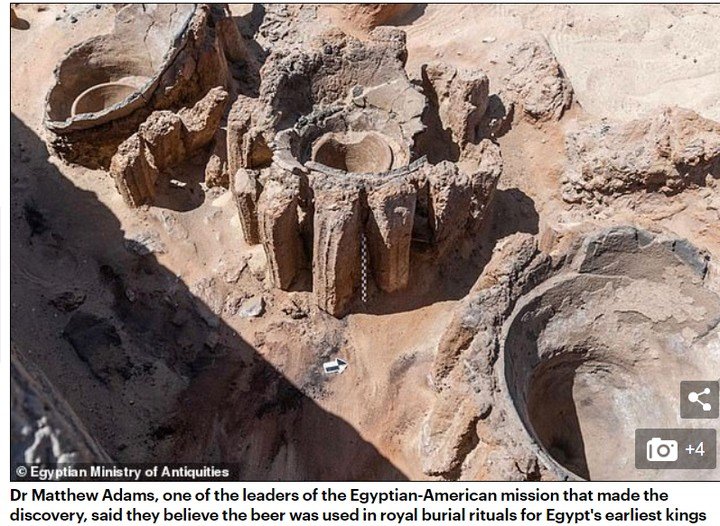 Past discoveries have shed light on beer-making in Ancient Egypt, with Israeli’s Antiquities Authority announcing in 2015 that fragments of pottery dating back 5,000 that was used by Egyptians to make beer was found on a Tel Aviv building site.

Abydos, where the latest discovery was unearthed, has yielded many treasures over the years and is famed for its temples, such as that of Seti I.

In 2000, a team of US archaeologists uncovered the earliest known example of an ancient Egyptian solar barge, dating back to the first Pharaonic dynasty around 5,000 years ago, in Abydos. 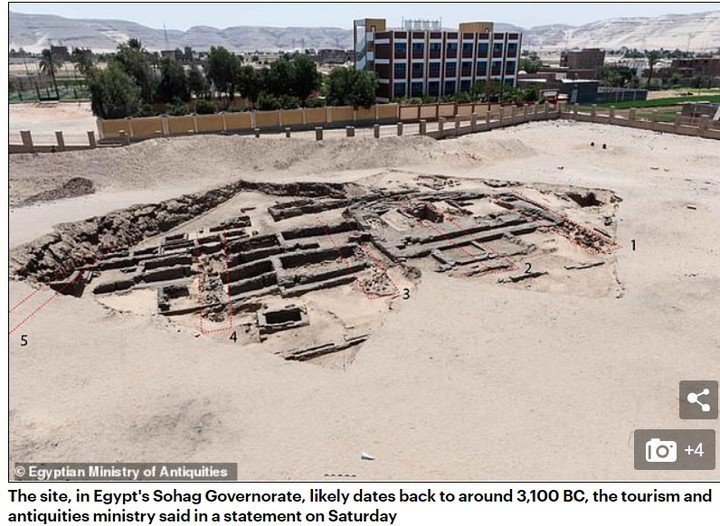 Egypt has announced several major discoveries in recent months which it hopes will spur tourism, a sector which has suffered multiple blows over the last decade – from the 2011 uprising to the coronavirus pandemic.

Authorities had expected 15million tourists to visit Egypt in 2020, compared to 13million the previous year, but the virus has kept many holidaymakers away. Figures from 2020 saw tourist numbers drop to just 3.5million.

Photo Of A Nigerian Medical Doctor And Only Son Who Died In Fatal Motor Accident Two Months To His Wedding Previous post
JUST IN!!! Ex-President Jonathan Speaks About Defecting To Apc – See What He Said Next post