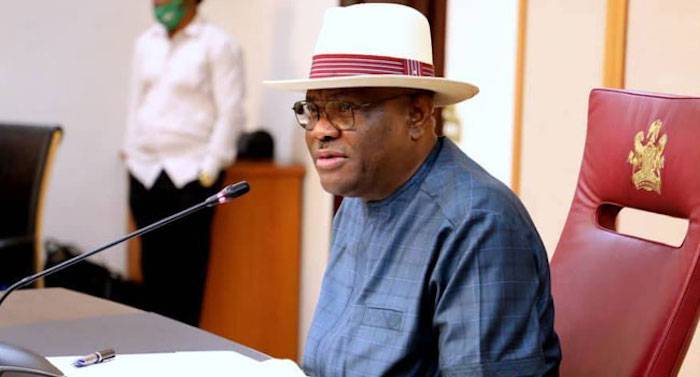 I Constructed Road Leading To Your House – Wike Slams Amaechi

Governor Nyesom Wike of Rivers State, has criticized the former Minister of Transportation, Rotimi Amaechi over his poor project delivery in the state.

I Constructed Road Leading To Your House – Wike Slams Amaechi

According to Wike, he built the state-owned road that lead to Amaechi’s home.

He made the remark while accusing Amaechi of failing to construct roads and build bridges when he was the state governor.

Wike spoke during the commissioning of the Rukpakwolusi-Eliogbolo community new layout road in the Obio-Akpor Local Government Area in the state on Saturday.

“I have gone to your local government to do all the internal roads which you refused. I’ve given you a school in your community, even the house you are living, I did the road”.

Amaechi had on Wednesday reportedly said he constructed projects and built five flyovers in Rivers “without noise”.

Reacting on Saturday, Wike, who has constructed about 10 flyovers in the state, said Amaechi has no moral right to talk about Rivers, describing the former governor as a failure.

“I heard (a) few days ago, the former governor of Rivers State said that he did a lot of roads and flyovers in Port Harcourt, he didn’t make noise, then why the noise? I didn’t see the flyovers he did. If he did the road, mention the roads.

“Let me even tell you why we should celebrate. In May 27, 2015 when he was celebrating his birthday, he said our government would not have money to pay salaries talkless of projects.

Wike also alleged that Amaechi looted the state so that the government of his successor won’t be able to pay salaries but God in His infinite mercies did not allow that.

The Rivers governor said the APC government led by President Muhammadu Buhari honoured him with the Distinguished Award in Infrastructure Delivery, hence, Amaechi has no point to score on project delivery because “Buhari said I am the best when it comes to infrastructure”.

Forgive Your Cheating Wife, You Will End Up Raising Another Man’s Children” – Dr Penking Previous post
Tinubu Commits Blunder, Asks Supporters To Get Their APV, APC To Vote Instead Of PVC Next post