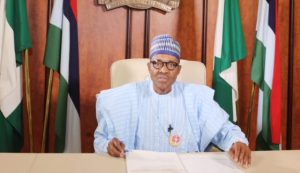 President Muhammadu Buhari has commiserated with victims of natural disasters, especially floods that ravaged some states, particularly across the Southwest and Southeastern parts of the country. 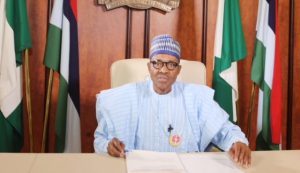 The President made his feelings known in a statement by his Senior Special Assistant on Media and Publicity, Malam Garba Shehu, in Abuja on Tuesday. According to the Nigerian leader, this phenomenon is not peculiar to Nigeria as it is evident in other parts of the world.
He assured that the occurrence, attributable in part to climate change, was attracting his attention and those of other world leaders, as evidenced by a series of meetings and conferences on the phenomenon. The President said the latest of such meetings happened on the margins of the recent United Nations General Assembly meeting in New York. He commended the efforts of the National Emergency Management Agency (NEMA) for its intervention activities so far, bringing succour to victims in different parts of the country. President Buhari expressed concern that ”there is an overwhelming recourse to the federal body to come to the aid of the distressed whenever disasters occur, which should normally not be the case.” He reminded other stakeholders of their roles as spelt out in the policy document on disaster management in the country. The president specifically called on local and state governments to live up to their responsibilities by coming to the assistance of victims that fall within their purview. Buhari assured all Nigerians of his steadfast and commitment to issues bordering on their welfare. According to him, his administration is determined to inculcate better coordination of the plight of the citizenry through the newly created Ministry of Humanitarian Affairs, Disaster Management and Social Development.