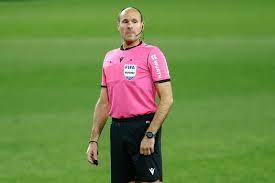 Mateu Lahoz has been sent home from this year’s World Cup in Qatar, following criticism of his officiating in the quarter-final clash between Argentina and the Netherlands on Saturday, the Mirror reports.

Despite winning on penalties, Argentine players still complained about the performance of the referee in the game.

Captain of the Argentine side, Lionel Messi aired his complaints about the official’s performance.

“This match shouldn’t have ended as it did,” Messi told TyC Sports.

“I don’t want to talk about the referee because they sanction you. But people saw what happened. We were afraid before the match because we knew how he was and I think FIFA has to review this. You can’t put a referee like him for these matches.”

Argentina goalkeeper Emiliano Martinez berated Lahoz for his performance. He said: “The ref gave everything to them [Netherlands]. It all turned upside down

“He gave 10 minutes extra time for no reason. He just wanted them to score. That referee is crazy. Arrogant. You say something to him and he talks back to you. It’s crazy.

“Because Spain were eliminated, he wanted to eliminate us. He is the worst referee at the World Cup. Hopefully we won’t have him again – he’s useless.”

Now, it has emerged that Lahoz’s display has spelt the end of his World Cup campaign as the 45-year-old will not oversee any more matches at the tournament and is expected to return home to Spain.

Argentina will take on Croatia in the first semi-final on Tuesday while champions France will battle tournament surprise team Morocco, in the second semi-final on Wednesday.