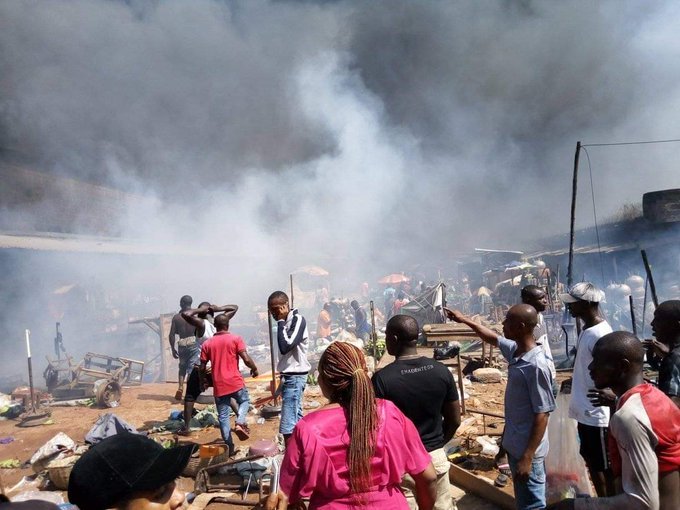 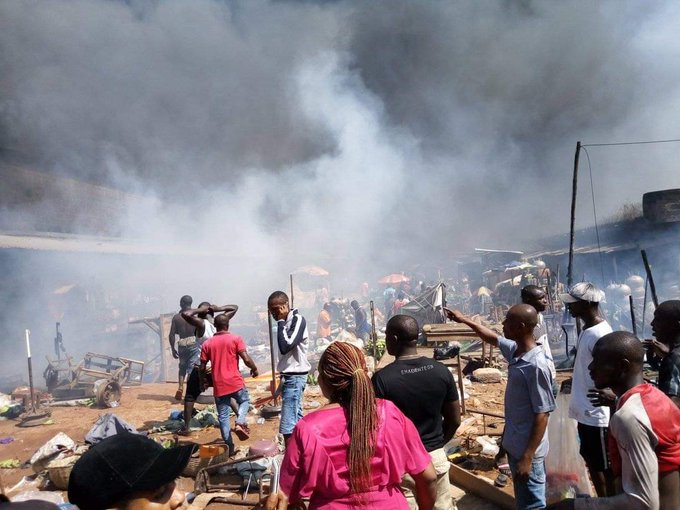 The tragic fire incident at Ochanja market in Onitsha which destroyed properties and also claimed lives yesterday October 16, is reportedly still on this morning October 17.

Eyewitnesses alleged that the state government couldn’t provide a fire truck and had to borrow from the Delta State Government. The borrowed fire truck reportedly didn’t come with enough water which is why there is still fire at the market this morning.

It was further gathered that some of the traders who don’t believe in putting their money in banks, had some money in their stores which reportedly got burnt after the inferno. An Anambra OAP, Gwen Divy Ifeson who reacted to the incident shared a photo of the budget allocation to Anambra Fire Service from 2013 till date.

“This is the budget of Anambra State Fire service since 2013 till date. Dear Anambraians,

“They must tell us what these monies were used for. None of the fire service team in Onitsha had water nor good tyre.

“In 2016 when such inferno happened at the same spot the government gave lots of promises.

“We no longer want bed promises we want a proactive measure to be put in place this time. We must get it right 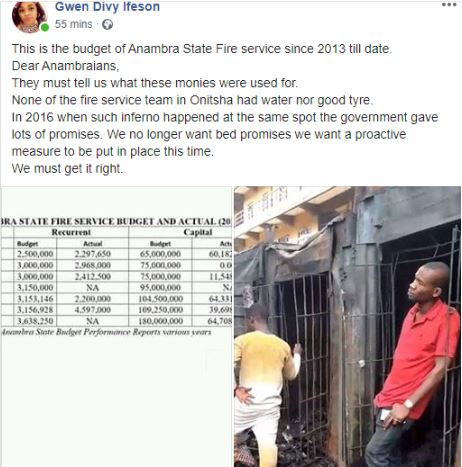 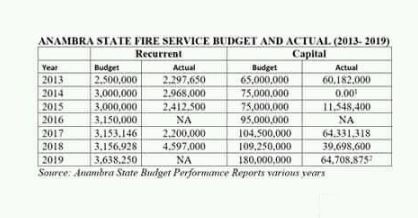 Here is a video from