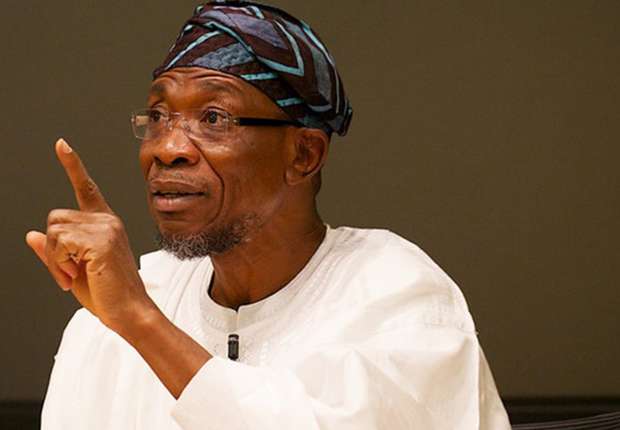 The Senate has given the Minister of Interior, Ogbeni Rauf Aregbesola twenty- four hours ultimatum to appear before it and defend the N700 million the ministry collected from Service Wide Votes, SWV for the monitoring of Ondo and Edo Governorship elections.

According to Vanguard report, the Chairman, Senate Committee on Public Accounts, Senator Matthew Urhoghide gave the directive to the Permanent Secretary of the Ministry , Dr Shuaib Belgore due to excuse by the Ministry that the N700 million would be accounted for by the Nigerian Civil Defence Corps (NSDC).

This is contained in the Authority to Incur Expenditure (AIE), a document produced by the office of the Accountant General of the Federation which shows that N400 million was released to the Ministry of Interior for logistics and operational support in respect of forthcoming Ondo state gubernatorial election.

The second release read that N300 million was released to the Ministry of Interior for logistics and operational support in respect of forthcoming Edo state gubernatorial election.

According to the Permanent Secretary, it is the NSDC that will account for the money, we only make request on behalf of the NSDC.

Not satisfied with the defence of the Permanent Secretary, the Chairman of the Committee, Senator Urhoghide said that the excuse was not tenable because the NSDC did not collect the money , it was the Ministry that collected the money.

Urhoghide who noted that the NSDC will only come before the Committee to account for the money requested personally from Service Wide Votes, said, ” NSDC has their own queries , they are coming before the Panel to respond to the one that bears their names, they have the money given to them directly.

“From our records, it is your ministry that will defend the expenditures not NSDC.”

The Chairman who thereafter gave the Ministry 24 hours to defend the N700 million for the Edo and Ondo governorship elections, said, ” You have 24 hours to make your report available to us, we must get explanation from you.”