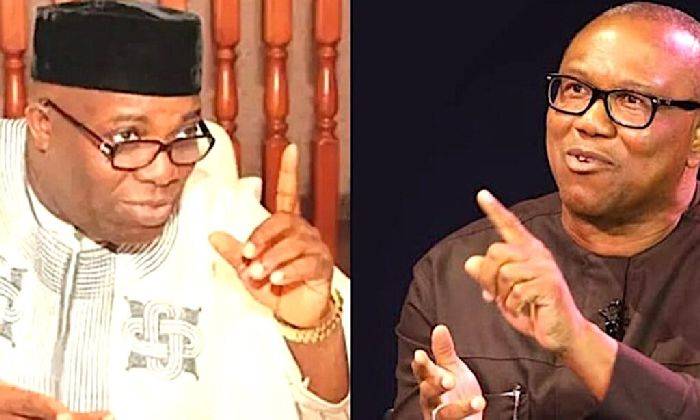 The Director General of the Obi-Datti Campaign Organisation, Doyin Okupe, has stepped down from the position.

He made this known in a terse letter addressed to Peter Obi, LP Presidential candidate on Tuesday.

“Dear Peter, You will recall that I briefed you yesterday about my personal travails in seeking justice and clearing my name using the Nigerian Legal System to pursue same.

“I have invested too much in your campaign to allow my personal travails to become a source of distraction.

“In the circumstances, I have opted to step aside and plead that you appoint a new Campaign DG who can continue the assignment with zero distractions. God bless you and family,” he said in the letter.

A Federal High Court in Abuja on Monday, jailed Okupe, for two years with an option of fine.

He was jailed for money laundering offences.

Delivering the judgment on Monday, the judge, Ijeoma Ojukwu, held that Mr Okupe was guilty of contravening sections 16(1) and (2) of the Money Laundering Act, for receiving cash payments without going through a bank, in excess of the threshold statutorily allowed.

The court also sentenced him to two years imprisonment on counts 35 to 59 with an option of a fine of N500,000. The option of fine is to run consecutively on each count while the sentence is to run concurrently.

The judge refrained from making any custodial order but said the convict is the property of the state.

After Asake’s Contract Expires With YBNL – What Do You Think Is Next For Olamide?” Previous post
Sergio Aguero Wins Bet After Argentina Win World Cup Next post